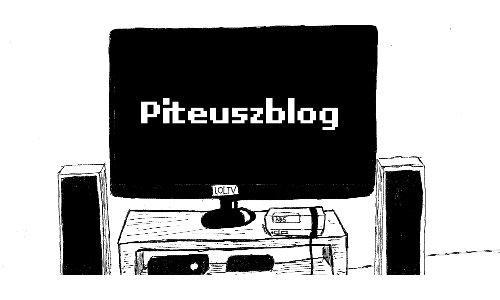 Here we have some games made by me which I think need at least some attention. I've created a lot of games, but some of them aren't worth showing. Down below, I'll post some mods for games. Why there's only so few of your games? I used to believe that, this won't provide the future for me and I should do something more useful - for example learning city names in Africa or interpretation of Shakespeare. Unfortunately, the others were mistaken and now I have to reclaim my wasted time. Anyway: enjoy super mega games! 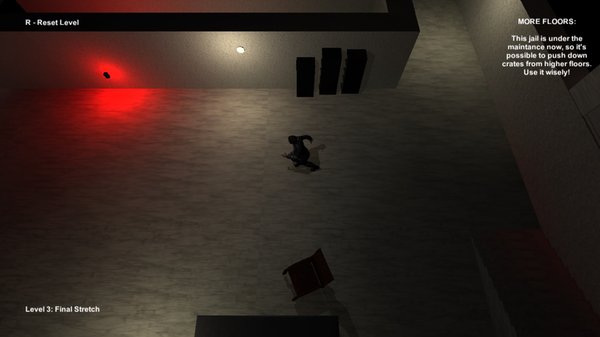 Game that made it into cooperational video game programming contest. It tells a story about two guys that one day decided to escape from prison. One of the escapers was sadly blind, and had to rely on himself. He only walked forward. The player has to construct the level, that the blind guy along with the player could finish the stage. 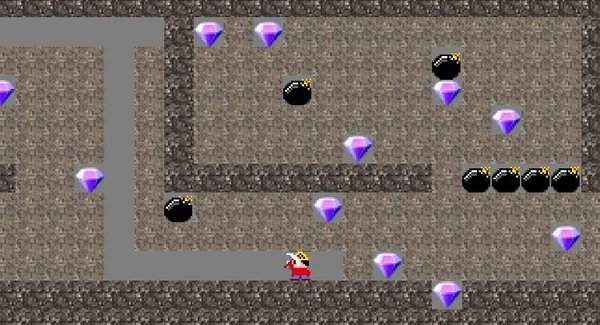 One cold, very cold evening, the first classes of Engineer Programming II have started, hosted by yours truly Doctore Szajerman. He taught me the basis of programming on a minimalist framework called "GLUT". The name of frameworka is funny, because it literally stands for the snot, although it allowed creating low-level 3D and 2D graphics. I've used the prototype I've made on during the classes and recreated one of my favourite games - Builder Dash. 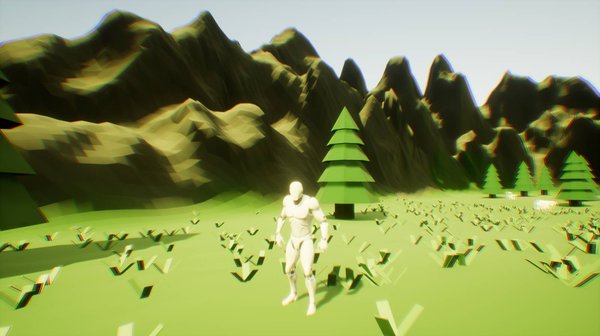 Engineer project created to show off balancing gameplay through making proper maps. The project also showed off different usage of lighting and was created in "Low Poly" shader, which you can see on the screenshot above. The shader was sadly based only on the blueprints - the lack of time won this time. I was afraid that this won't be enough, but I've got an A, so it went alright. 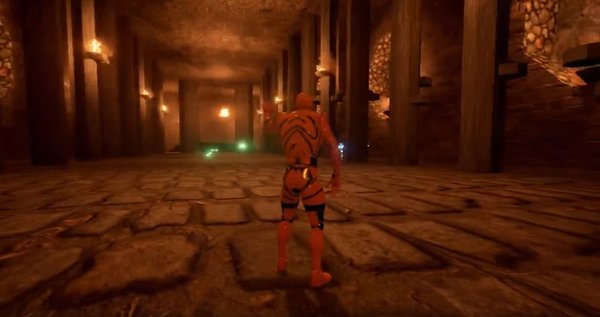 One of the first games created on Unreal Engine 4. It mostly used BSP and scripts created in blueprints. The game was created for my younger nephew, who reallyreallyreally wanted his own game. The name was created by him. Because the game, was too hard for him - nothing attacks us. We're only being chased to create an illusion.

Time to show some mods. The most advanced one is for Diablo 1 (huge surprise), others are for Starcraft or Unreal. You may even find the finished version of an abandoned game. 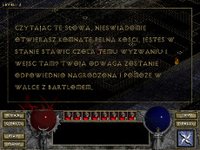 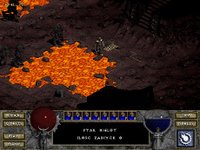 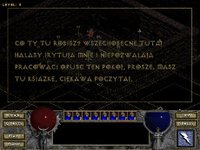 One day I've stumbled upon a Polish translation for Diablo 1. There was never an official translation and the progress on this project was going by very slowly. I've decided that I'll make my own translation. Not so long after I've dicovered that via Hex Workshop and disassembler IDA I could create my own, big mod. I've had a lot of fun with creating silly monster names, changing the in game story to make it an even bigger absurd and creating unreal items. The project was never finished, though it was left on a very advanced and playable state, that's why I can share it here. The "Bartłom" from title, was a certain person which tried but always failed to bully me in Junior High School. This is why he did fit perfect for a boss of this game.
Download link: Bartłom Adventures 0.4.1 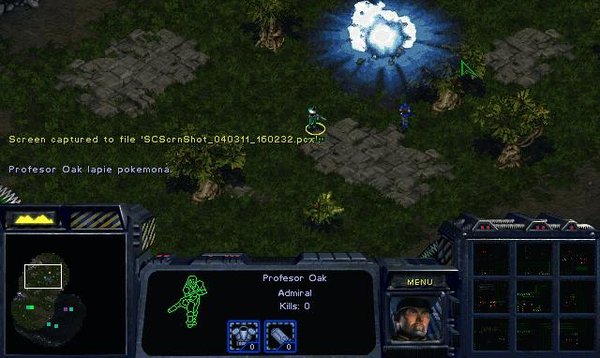 What did the kids do, when there was no internet at home and the computer was so slow, that it only allowed maximally 2D games? The kids were creating maps, campaigns and tore the games apart into smaller pieces. The campaigns created for Starcraft were mostly stupid, badly optimized and unstable. Although these were my first "creations" dedicated to games. The campaigns were created in Starcraft Extra Editor, which allowed to write your own scripts in a strange language, that I still cannot remember. It taught me to think logically and the basis of programming, loops and triggers in games. I've made them in the years 2002 to 2004.
Download link: Too many maps. We'll have to wait till the space gets bigger. It's couple of GB's. 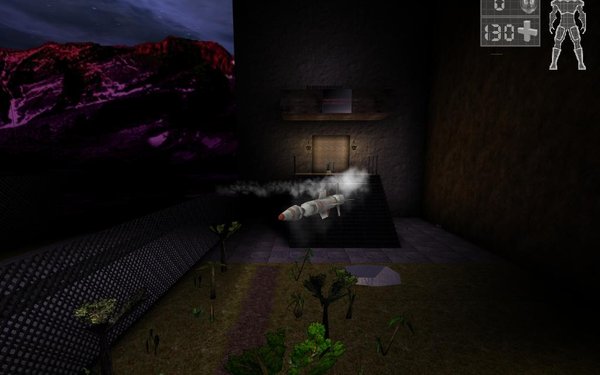 Why in 2005 I stopped caring about Starcraft? I've got a very speedy internet Neostrada 256kb/s and I became the ruler of the universe! I've also found a tutorial about creating maps for Unreal Tournament and thanks to framework "Oldschool Amp" I've created my own campaigns for Unreal. I've started making it only for standalone Unreal, not so long after that, I've discovered that the version released in Poland was bugged and you couldn't built geometry. That's why I quickly jumped on to Unreal Tournament and the fun started. There's not a lot of playable maps, but I know what's up and I could finish all of this :D. The most popular map I've made is replica of my Junior High School from 2006. Up above you can see the school entrance.
Download link: Not yet. I'll upload them one day. 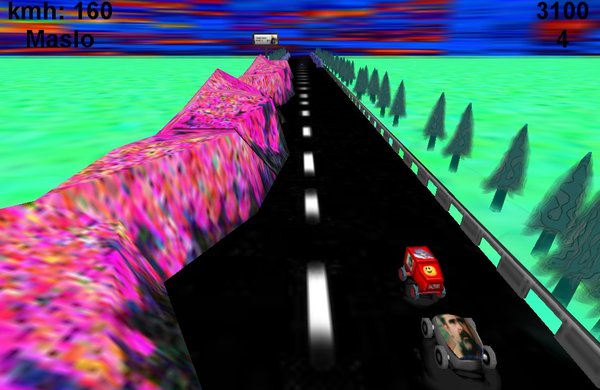 Last but not least - Super Flying Ursus Racer! Game, which was created long time ago in an unknown timespace b Lysozyme. It's a remake of "Bump and Jump". Thanks to Hex Workshop and IDA I was able to slightly modify the gameplay and add new sounds and modified maps. The game was unfinished - it had lots of unfinished stages - but I've fixed it. The game got popular at the University thanks to FTP. After that, it was everywhere and everyone played it sooner or later. It was funny, because I've finished this modification in 2008. Download Link: SFUR 1.4